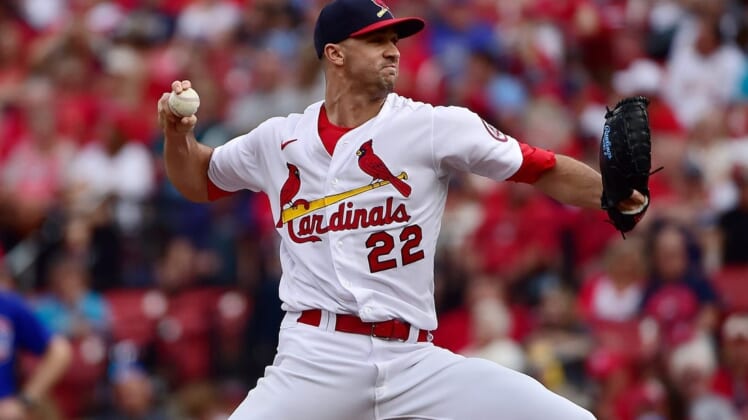 The St. Louis Cardinals removed starter Jack Flaherty in the third inning of Sunday’s game against the visiting Chicago Cubs due to right shoulder stiffness.

The 26-year-old right-hander was making his third start of the season since coming off the 60-day injured list. He missed the first 2 1/2 months of the season with shoulder bursitis.

Flaherty allowed one hit in two scoreless innings with two walks and two strikeouts. He threw 49 pitches and also committed a throwing error.

He has no decisions and a 5.63 ERA through eight innings this season, the 2014 first-round pick’s sixth season with St. Louis since making his major league debut in 2017.

Right-hander Nick Wittgren replaced Flaherty to start the bottom of the third inning.