Both players sat out Arizona’s 31-17 victory over the San Francisco 49ers last Sunday due to their respective injuries.

Murray returned to practice on Friday after sustaining a left ankle injury in a 24-21 loss to the Green Bay Packers on Oct. 28. 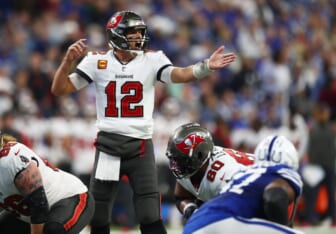 Murray, 24, has completed 72.7 percent of his passes for 2,276 yards with 17 touchdowns and seven interceptions in eight starts this season. He has also rushed for 147 yards and three scores.

Unlike Murray, Hopkins did not practice on Friday as he deals with a hamstring injury.

Hopkins, 29, was limited to 15 snaps versus the Packers and finished with two catches for 66 yards.

The five-time Pro Bowl selection has recorded 35 receptions for 486 receiving yards and a team-leading seven touchdowns in eight games this season.

Hopkins has 782 catches for 10,495 yards and 67 touchdowns in 134 career games with the Houston Texans and Cardinals.