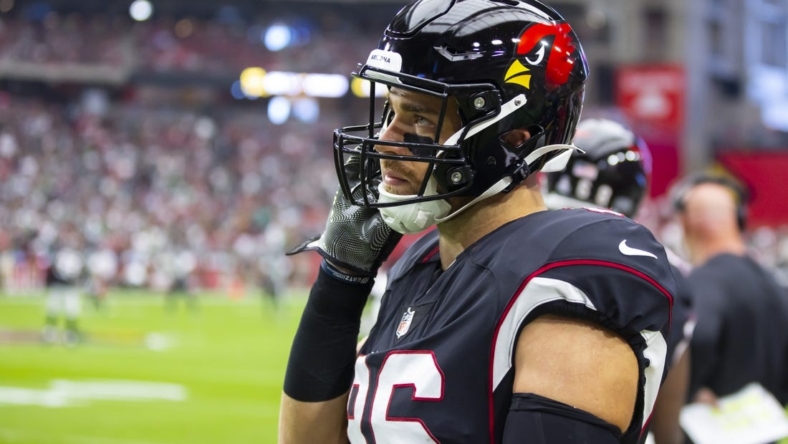 Ertz made a catch in the first quarter and was brought down by a pair of Rams defenders before he began to favor his knee. He went to the sideline and was later taken by a cart to the locker room as the first quarter was coming to a close.

Ertz’s 12-yard catch off a pass from Colt McCoy was his lone reception of the game.

McCoy also was tended to with a left leg injury during the third quarter and was replaced by Trace McSorley. McCoy started Sunday’s game for an injured Kyler Murray (hamstring).

Acquired in a trade from the Philadelphia Eagles last season, Ertz had 46 receptions for 394 yards and four touchdowns this season entering Sunday. In 10 seasons, the three-time Pro Bowl selection has 681 receptions for 7,235 yards and 45 touchdowns.