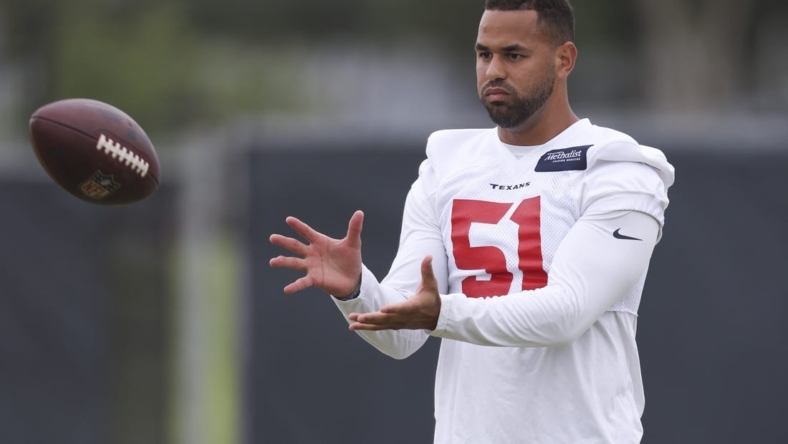 Grugier-Hill, 28, posted 40 tackles in six starts this season with the Houston Texans, who granted his request for a release last week. He made the request after playing only 18 snaps in a Week 7 loss at Las Vegas.

Grugier-Hill led Houston with a career-high 108 tackles in 2021.

Blankenship, 25, was waived for the second time this season. The Indianapolis Colts released him after he missed a 42-yard field goal in overtime in a season-opening 20-20 tie with the Houston Texans. He also sent two kickoffs out of bounds in that game

He appeared in two games for Arizona while Matt Prater was dealing with a hip injury. Blankenship made two field goals and two extra points in a 42-34 win against New Orleans in Week 7. With Prater back, he handled the kickoffs during Sunday’s 34-26 loss at Minnesota.