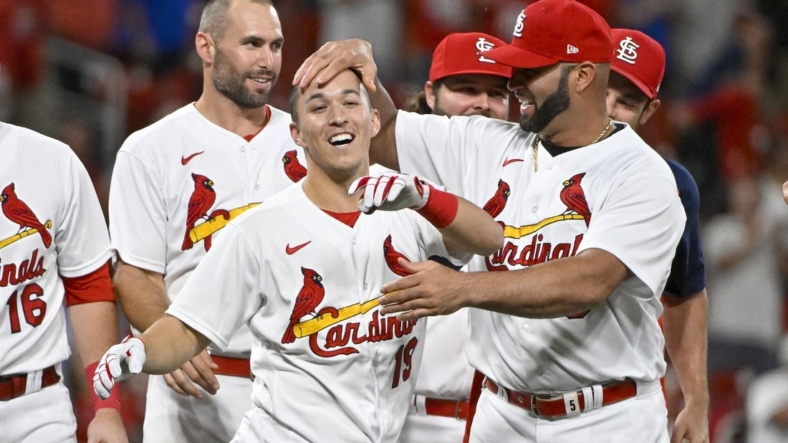 The Cardinals (81-56) won for the ninth time in 11 games to increase their National League Central lead to 9 1/2 games over the second-place Milwaukee Brewers.

Tyler O’Neill walked before Kyle Finnegan (5-3) fanned Nolan Gorman for the second out. Yadier Molina then hit a RBI single to set the stage for Edman.

Starting pitcher Cory Abbott allowed one run on five hits in 4 1/3 innings for Nationals (48-89). He struck out five batters and walked none.

Finnegan allowed five runs in two-thirds of an inning to take the loss.

Goldschmidt put the Cardinals up 1-0 by leading off the fourth inning with his 35th homer of the season.

Molina hit one-out double in the fifth inning to knock Abbott out of the game. That was his 408th career double, which moved him past A.J. Pierzynski for fourth most among catchers in major league history.

Montgomery breezed through his first six innings while allowing just two hits and a walk.

Then the Nationals broke through to tie the game 1-1 against him in the seventh inning. Nelson Cruz drew a one-out walk and scored on Cesar Hernandez’s two-out triple.

Luke Voit followed with a two-run homer to put the Nationals up 4-1. Cruz then singled, took second on a wild pitch and scored on Luis Garcia’s single to make it 5-1.