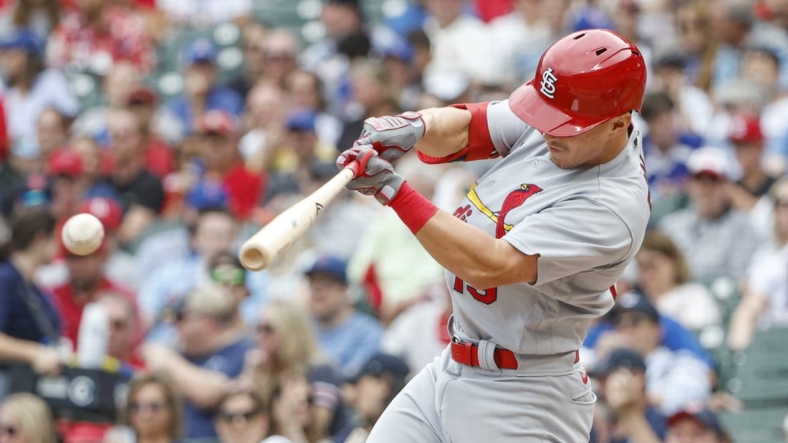 The National League MVP frontrunner, Goldschmidt had three hits and raised his season homer total to 33 — with 105 RBIs — after posting the 23rd multi-home run game of his career. Tommy Edman and Corey Dickerson also had three hits apiece for the NL Central-leading Cardinals, who took three of five in the series.

Hudson (7-6) allowed single runs in the second and third innings, plus five hits and two walks while striking out four, as St. Louis improved to 27-11 since July 10.

The Cubs got a run back in the second when Ian Happ (three hits, two RBIs) recorded his first of two doubles and scored on third baseman Edman’s throwing error off an infield single by Franmil Reyes.

Happ’s third-inning RBI single made it a 3-2 contest.

St. Louis, though, registered four straight singles off Stroman in the fourth — highlighted by Goldschmidt’s single that brought home two runs for a 5-2 edge.

Goldschmidt’s first homer of the day came in the sixth. He then went deep into the center-field shrubbery with a man on in the eighth. Dickerson also tripled in the eighth after his streak of 10 consecutive hits — spanning three games — ended with a fielder’s choice in the fourth inning.

St. Louis played without star Nolan Arenado, who returned home for the birth of his first child.