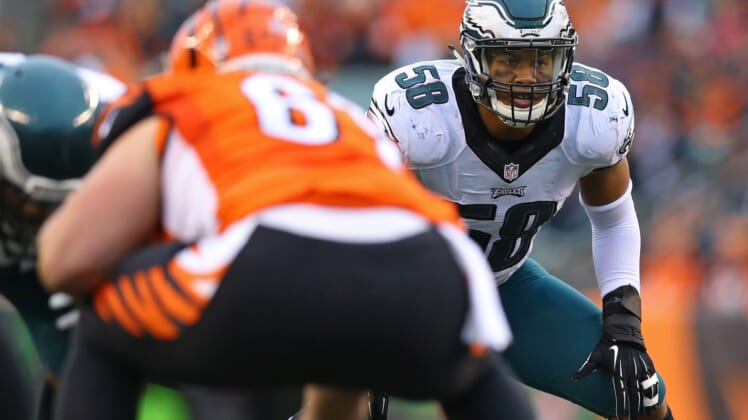 The Arizona Cardinals are getting defensive this offseason. After landing Terrell Suggs on a one-year deal, they’re reportedly signing linebacker Jordan Hicks.

According to Ian Rapoport of NFL Media, the team agreed with Hicks on a four-year contract worth $36 million with a $12 million signing bonus and $20 million guaranteed.

Hicks, a 26-year-old former third-round pick out of Texas, had spent his first four seasons with the Philadelphia Eagles. He started 12 games in 2018, tallying 91 tackles, three sacks, five passes defensed, and one fumble recovery.

Arizona hopes it gets the 2016 version of Hicks going forward. That was the only season out of his four so far in which he played all 16 games. During that campaign, he also intercepted five passes and showed himself to be an elite cover linebacker.