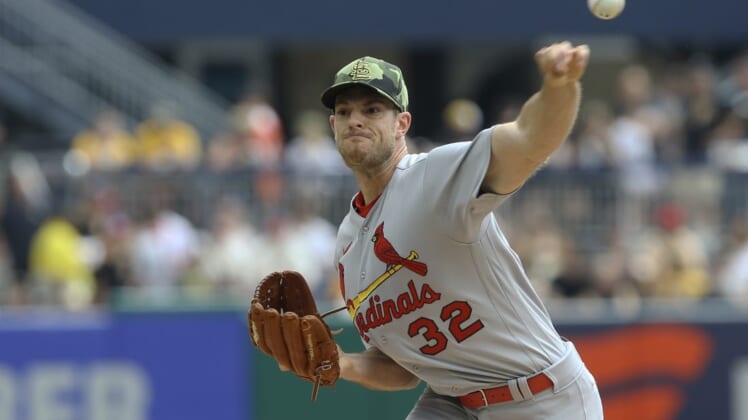 The St. Louis Cardinals made a flurry of moves Monday, including placing outfielder Dylan Carlson (hamstring) and left-hander Steven Matz (shoulder) on the injured list.

Matz was put on the 15-day IL with left shoulder impingement. He left Sunday’s start after just four pitches. Matz, who turns 31 on Sunday, is 3-3 with a 6.03 ERA in nine starts this season.

Carlson, 23, was put on the 10-day IL — retroactive to Sunday — with a left hamstring strain. He left Saturday’s game after two innings. Carlson is batting .247 with two home runs and 15 runs scored in 39 games.

Liberatore, 22, made his major league debut on Saturday in a start at Pittsburgh, then was sent back to Memphis on Sunday. He allowed four runs in 4 2/3 innings in a no-decision.

Nootbaar, 24, appeared in seven games with the Cardinals to begin the season, batting .125 in 16 at-bats.