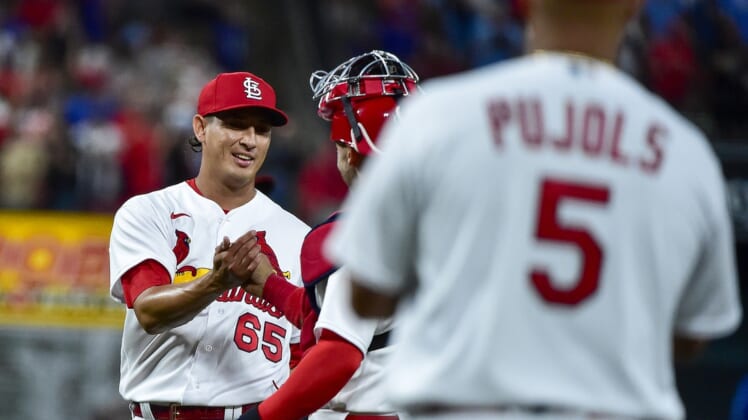 For the second time this week, the Cardinals postponed a home game due to weather issues in St. Louis, calling off Wednesday’s scheduled matinee with the Kansas City Royals due to the risk of powerful storms.

Thunderstorm warnings and high winds that could produce tornadoes are in the forecast in Missouri and parts of the midwest on Wednesday. The unexpected off day comes two days after the Cardinals postponed Monday’s game with the Pittsburgh Pirates because of rain.

The Cardinals won Tuesday’s game against the Royals 6-5 behind three home runs, including the first from Albert Pujols this season.