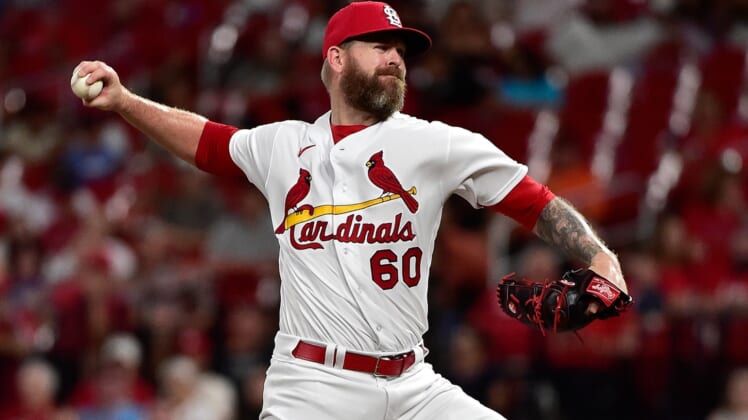 The red-hot St. Louis Cardinals will have to make a slight adjustment for the stretch drive after placing left-hander Justin Miller on the 10-day injured list Saturday with an elbow strain.

Right-hander Jake Woodford was recalled from Triple-A Memphis to take Miller’s spot on the active roster.

The Cardinals have had little to worry about of late, riding a 14-game winning streak into Saturday afternoon’s game against the host Chicago Cubs. It is tied for the longest winning streak in club history.

It is the second time Miller has been placed on the IL this season because of elbow issues.