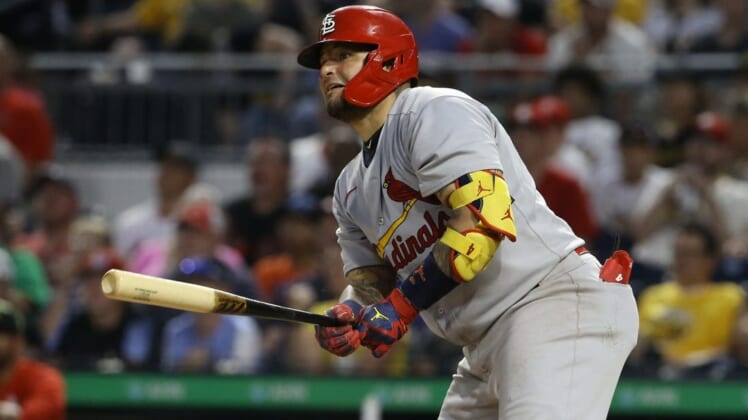 St. Louis Cardinals catcher Yadier Molina will miss a two-game series against the visiting Toronto Blue Jays after being placed on the bereavement list on Monday.

The 39-year-old Molina must be on the list for three days before he can be activated.

Molina, a 10-time All-Star, is batting .239 with two homers and eight RBIs in 26 games this season. He is a nine-time Gold Glove winner.