Cardinals-Pirates postponed due to rain 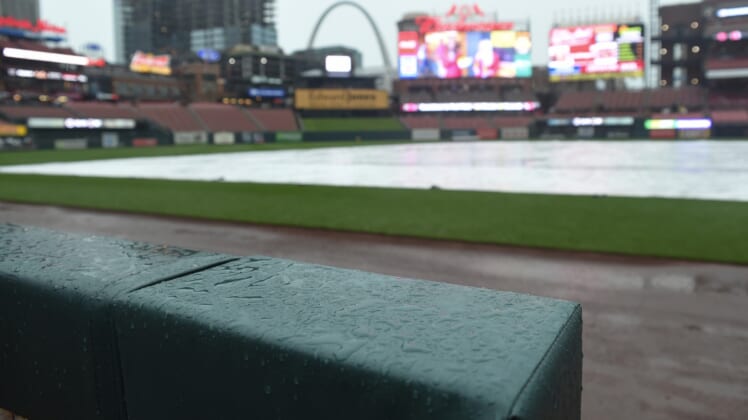 Rain forced the postponement of the series finale between the St. Louis Cardinals and Pittsburgh Pirates on Monday.

The Cardinals won two of the first three games of the four-game series before the matinee was scrapped.

The game is scheduled to be made up as the first half of a split doubleheader on June 14 at Busch Stadium, with the game set for 1:15 p.m. ET.

St. Louis remains home and welcomes the Kansas City Royals, while the Pirates are headed for a Tuesday afternoon home opener at PNC Park against the Chicago Cubs.