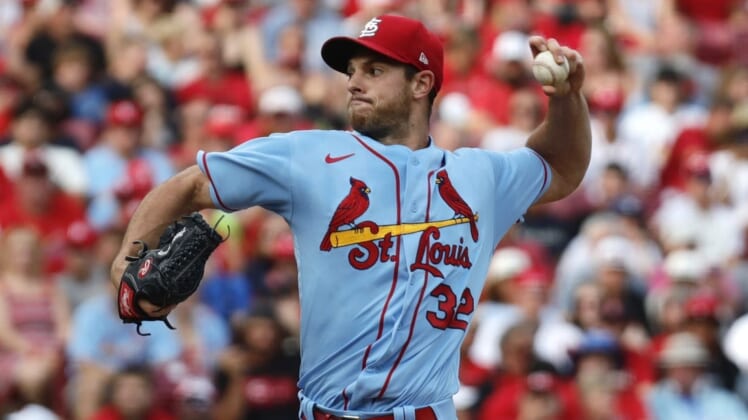 The St. Louis Cardinals placed left-handed pitcher Steven Matz on the 15-day injured list on Sunday because of a left knee strain.

In a corresponding move, the Cardinals recalled right-hander James Naile from Triple-A Memphis.

Matz left his start against the Cincinnati Reds on Saturday night with the injury.

He was making his first appearance since coming off the injured list (left shoulder impingement) and was rolling in his return, striking out five straight batters before he misplayed a slow Joey Votto groundout with one out in the sixth.

Matz kicked the ball foul for an error and lost his balance, sliding awkwardly on his left ankle and twisting his right ankle at the same time.

He gave up two runs and three hits in 5 1/3 innings. He struck out seven and walked one in his first outing since May 22.

Naile, a 29-year-old rookie, made three appearances for the Cardinals earlier this season. He gave up two hits and struck out four in 4 2/3 innings.