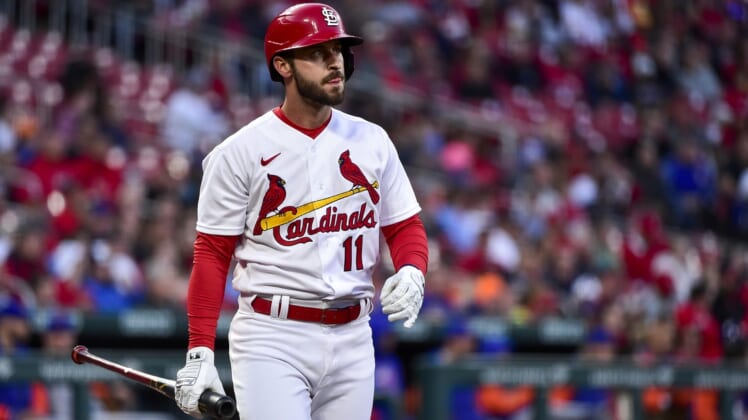 Tommy Edman is expected to become the starting shortstop in the interim.

In a corresponding move, the Cardinals selected the contract of infielder Kramer Robertson.

DeJong is a career .237 hitter. He made the National League All-Star team in 2019 when he slugged a career-best 30 home runs.

Robertson, 27, was batting .225 in 23 games for Memphis this season. He has three homers and six stolen bases. His first appearance with the Cardinals will mark his major league debut.

Robertson was a fourth-round pick out of LSU in 2017. He is the son of Hall of Fame women’s basketball coach Kim Mulkey, the former Baylor legend who now guides LSU’s program.