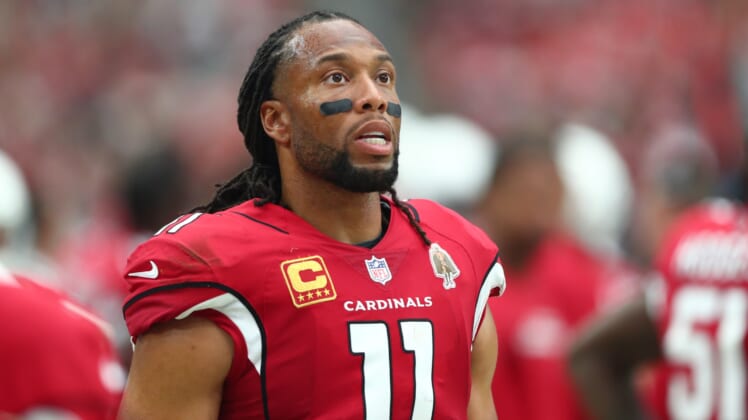 Arizona Cardinals all-time great wide receiver Larry Fitzgerald has flirted with the idea of retirement each of the past two offseasons.

At 35 years old and on a team in the beginning stages of a rebuild, there’s not a whole lot left for the future Hall of Famer to prove.

Despite this, Fitz is still leaving open the possibility of returning to the Cardinals for a 16th season. The 11-time Pro Bowler told ESPN’s Adam Schefter this week that he is “taking some time to collect his thoughts” after what was a disappointing season for both Fitzgerald and the Cardinals.

Whether Arizona’s decision to hire an offensive-minded head coach in Kliff Kingsbury changes this dynamic remains to be seen. Arizona’s offense was historically bad under one-and-done head coach Steve Wilks — finishing the 2018 campaign putting up just north of 14 points per game.

For his part, Fitzgerald had one of the least productive seasons of his career with rookie Josh Rosen tossing him the rock. He caught 69 passes for 734 yards — the lowest yardage output of his career.

It will be interesting to see what Fitzgerald decides. Sure the Cardinals are just now starting a rebuild. But having his veteran presence on the team would be big for Rosen and Co. He could also return to earlier career form in Kingsbury’s wide-open offense — furthering solidifying Fitzgerald’s status as an all-time great.

One thing we do know is that it’s Cardinals or bust for Fitzgerald. He’ll never suit up for another team after being highly involved in the Arizona community throughout his career.