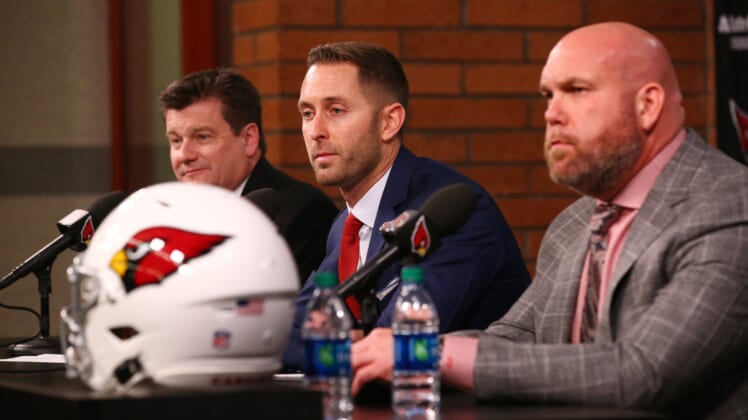 The Republic via USA TODAY NETWORK

The Arizona Cardinals keep pretending that they’re behind Josh Rosen, whom they traded up to select No. 10 overall last year. Yet they also continue to do and say things that make it obvious they’re ready to abandon Rosen and pursue Kyler Murray with the No. 1 overall pick this year.

Case in point, the Cardinals are reportedly set to send a huge contingent to Oklahoma’s pro day on Wednesday, per NFL Network on live television Tuesday morning.

Following what general manager Steve Keim had to say about Rosen at the combine, and combined with all the rumors swirling around Murray and the Cardinals, it’s clear the team isn’t sending all those people to look at anyone but the quarterback.

Murray is going to run, throw and do everything he didn’t do at the combine at his pro day on Wednesday. He’s the most talked-about prospect of this 2019 NFL Draft class, and even if the Cardinals don’t end up taking him it stands to reason some team will spend a top-10 pick on him this April.

But at this point, until the Cardinals discontinue their ridiculously poor attempt at subterfuge on this topic, it’s impossible to discount him going No. 1 overall to Arizona.