Cardinals’ J.J. Watt out for two preseason games with COVID 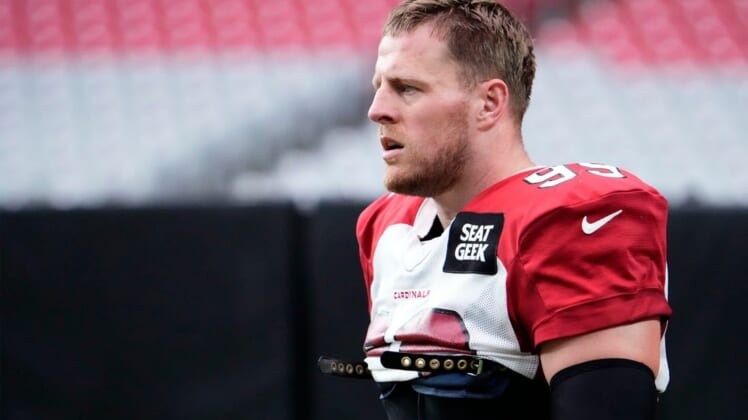 Star defensive end J.J. Watt has tested positive for COVID-19, the Arizona Cardinals said ahead of their preseason game against the visiting Baltimore Ravens on Sunday night.

Watt was ruled out not only for the matchup against the Ravens, but for the Cardinals’ preseason finale Saturday at the Tennessee Titans.

The NFL stopped its official COVID-19 protocol in March but still follows CDC guidelines that call for five days in isolation after a positive test.

Watt, 33, is a three-time Defensive Player of the Year and five-time first-team All-Pro who is entering his second season with the Cardinals. He played just seven games in his first season with the team before suffering a shoulder injury that required season-ending surgery, though he made it back for Arizona’s loss in the wild-card round to the eventual Super Bowl champion Los Angeles Rams.

The longtime Houston Texan has played in 135 career games (all starts) and has 102 sacks, 26 forced fumbles, 16 fumble recoveries and 547 tackles.