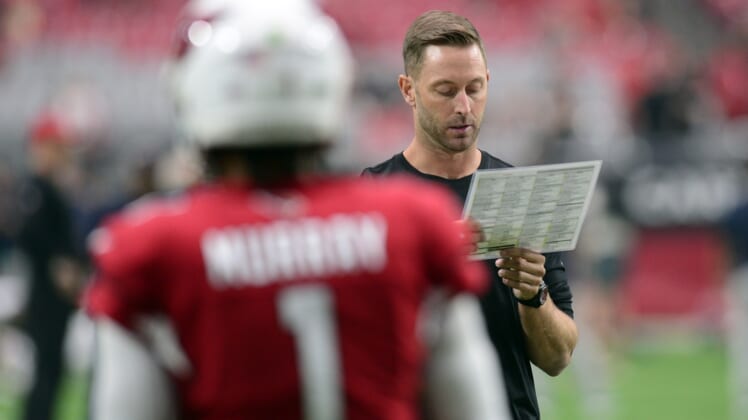 Arizona clinched a playoff berth for the first time since 2015, but the Cardinals have plenty to play for on Sunday.

The Cardinals can still win the NFC West title and earn a home playoff game by taking care of business against the Seattle Seahawks — and getting some help — in Week 18.

The Cardinals (11-5) are a game behind the Los Angeles Rams in the division chase entering Sunday’s regular-season finale with the Seahawks (6-10) in Glendale, Ariz.

Last week, the Cardinals snapped a three-game losing streak with a 25-22 victory at Dallas as Kyler Murray completed 26 of 38 passes for 263 yards and two touchdowns and also rushed for 44 yards.

The Cardinals are just 3-4 at home, having lost four in a row.

Running back James Connor, whose 14 rushing touchdowns are two shy of the franchise record, missed two games in a row with a heel injury and has been limited in practice this week.

Chase Edmonds rushed for a game-high 53 yards against the Cowboys before leaving with an ankle injury and is also questionable for Sunday’s game.

“We’ll see how they progress in the next couple days. I don’t know how much we’ll use them, but we want to make sure they’re ready for the playoffs,” Cardinals coach Kliff Kingsbury said of Connor and Edmonds. “That’s when we’ve been at our best when both guys are healthy and getting to play and taking some snaps off of each other. We’d like to get back to that …”

The Seahawks will finish with a losing record for the first time in the decade-long Russell Wilson/Bobby Wagner era. Seattle snapped a two-game skid last weekend with a 51-29 victory against visiting Detroit.

“Watching the film against Detroit, they were tremendous in all three phases, playing hard, playing to win,” Kingsbury said. “You would never guess that they aren’t going to the playoffs, honestly watching that team play.”

“I think it’s just always important to try your best to finish what you start,” Wagner said. “So regardless of how the things play out, you never want your circumstances or what’s going on around you to dictate whether or not you’re going to play or how hard you’re going to play.”

Wagner is one of 10 Seahawks who have missed practice this week with injuries. The list includes linebacker Carlos Dunlap II (ankle), safety Quandre Diggs (knee) and tight end Will Dissly (heel).

The Cardinals won earlier this season in Seattle 23-13 behind backup quarterback Colt McCoy, who threw for 328 yards and two touchdowns. Conner scored on a 1-yard run with 2:20 remaining to clinch the victory.