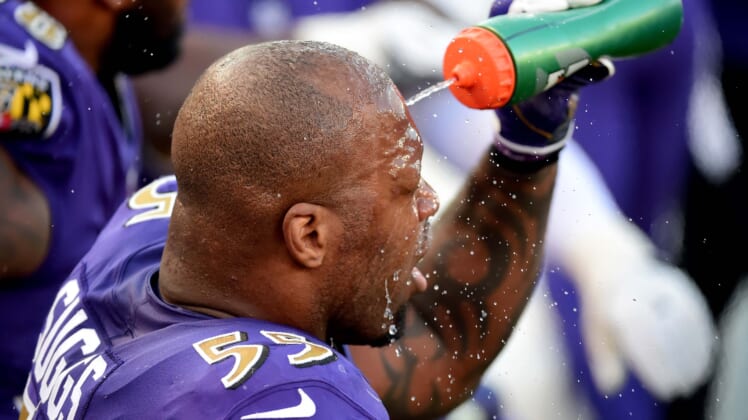 Terrell Suggs’ Hall of Fame worthy 16-year career with the Baltimore Ravens has come to an end.

On the heels of reports earlier on Monday indicating that Suggs has said his final farewell to his Ravens teammates comes this report from NFL Media’s Ian Rapoport indicating that the 36-year-old plans to sign with the Arizona Cardinals.

Source: The #AZCardinals are expected to sign former #Ravens pass-rusher Terrell Suggs. Back home where he went to college.

A seven-time Pro Bowler, Suggs was a dominating force during his college football days at Arizona State. It led to him being selected in the top 10 of the 2003 NFL Draft.

Since then, Suggs has morphed into one of the best pass rushers in the modern history of the game. He recorded seven-plus sacks 12 times in his career, including this past season.

Suggs will be a nice fit next to fellow Pro Bowl Chandler Jones in the desert.