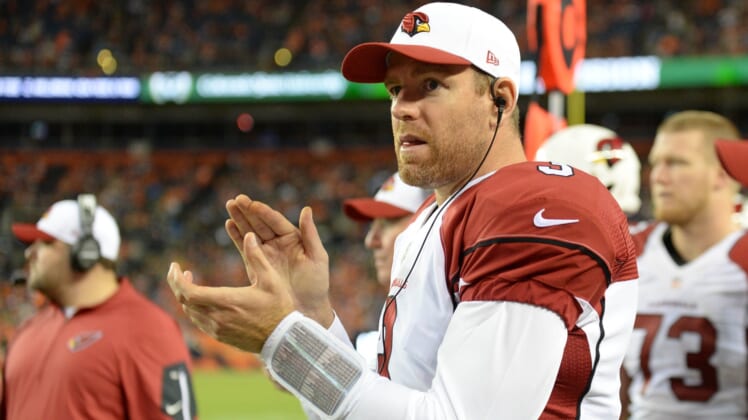 The Arizona Cardinals will have a much different look in 2018. One of the new faces will be at quarterback, following the retirement of Carson Palmer.

Palmer retired despite the efforts of star running back David Johnson, who missed most of 2017 with an injury.

Like Johnson, Palmer missed most of 2017 with an injury. He played seven games, completed 61.4 percent of his passes for 1,978 yards with nine touchdowns, seven picks, and a 3-4 record.

Arizona will definitely need to make a move at the quarterback position. With Palmer’s retirement and Drew Stanton, Blaine Gabbert, and Matt Barkley all free agents, the Cardinals do not have a quarterback on the roster.