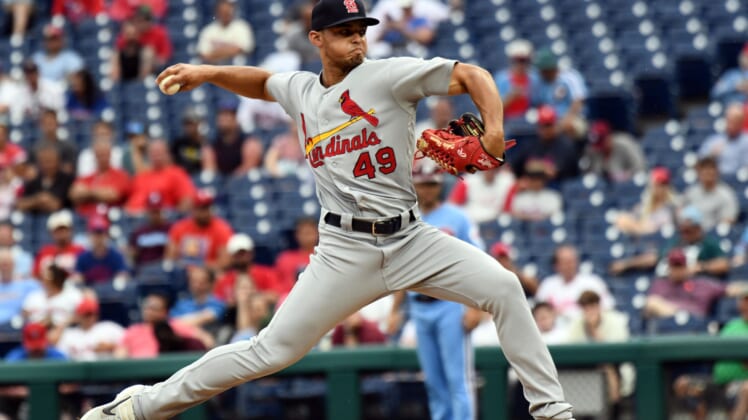 The Cardinals will be without Hicks, their star closer, for the upcoming season after the 23-year-old chose to sit out due to pre-existing health conditions. The right-handed pitcher has Type 1 diabetes and is also recovering from Tommy John Surgery last year.

Before undergoing TJS during the 2019 season, Hicks emerged as one of the most electric arms in baseball. Across 28.2 innings, he recorded 14 saves with a 21-11 K-BB ratio and a 0.94 WHIP. He also boasts one of the most exciting fastballs in the majors, averaging over 101 mph.

Hicks was expected to return in July after undergoing TJS in June, so the club was prepared to be without him for part of the season. Now that he will miss the entire year, St. Louis could turn to Carlos Martinez, Giovanny Gallegos or Ryan Helsley to take on save opportunities.

Because Hicks has a pre-existing medical condition that puts him in a high-risk group, he will receive his full pro-rata salary for this season despite sitting out.

What MLB players are sitting out the 2020 season?

MLB provided players with the option of sitting out this year due to the COVID-19 pandemic. While only high-risk players will still receive their prorated wages if they opt-out, several prominent names have already chosen to skip the season.

We could still see more MLB players ultimately decide to sit out this year due to the risks from this health crisis. In fact, Los Angeles Angeles star Mike Trout is still undecided about playing with his wife due to give birth next month.