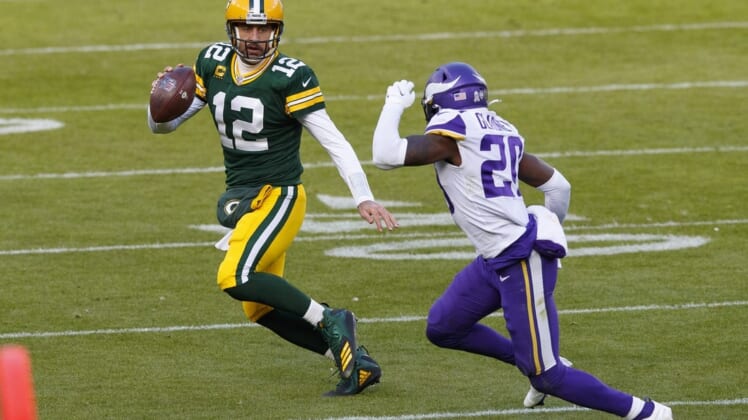 Arizona Cardinals cornerback Jeff Gladney was killed in a car accident early Monday morning. He was 25.

His agent, Brian Overstreet, confirmed his death to the Fort Worth Star-Telegram.

“We are devastated to learn of Jeff Gladney’s passing. Our hearts go out to his family, friends and all who are mourning this tremendous loss,” the Cardinals said.

Pro Football Focus reported that Gladney and a 26-year old female passenger died in a two-vehicle crash in Dallas.

The Minnesota Vikings selected Gladney, a TCU product, with the No. 31 overall pick of the 2020 NFL Draft. He played in 16 games, starting 15, and made 81 tackles, had three passes defensed and forced one fumble in 2020.

The Vikings released him last August following his indictment in Texas on a felony assault charge in a domestic violence case. He sat out the 2021 season, and in March, a jury in Dallas found him not guilty.

The Cardinals signed him to a two-year deal following his acquittal and earlier this month they were excited about his arrival.

“We got an extra first round-pick in free agency,” said Dru Grigson, the Cardinals’ director of player personnel on the Big Red Rage radio show in April. “(He is) incredibly quick-footed, highly instinctive player.

“We’re getting a starter in our building without having to waste any draft capital.”

“Lost my Brother, my best friend, my right hand man… ain’t too much more I can take man damn!” Philadelphia Eagles wide receiver Jalen Reagor, a teammate of Gladney at TCU, wrote on Twitter. “R.I.P Jeff Gladney, brother watch over me please.”