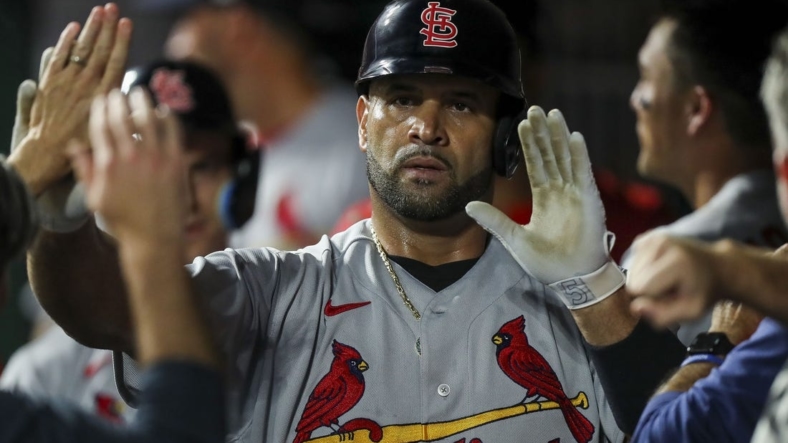 The St. Louis Cardinals slugger hit a two-run shot in the second inning against the Cincinnati Reds’ Ross Detwiler. Pujols broke a tie with Barry Bonds for the record.

694!
Albert Pujols has now homered off of 450 different pitchers, passing Barry Bonds for the most all-time in MLB history.

Pujols, 42, announced in March that this would be his final season in the majors. He reiterated his plans last week, saying, “I’m still going to retire, no matter whether I end up hitting 693 (homers), 696, 700, whatever.”

However, he is giving himself a shot at reaching 700 thanks to an impressive August. Pujols has eight homers this month, one more than his season total through July 31.