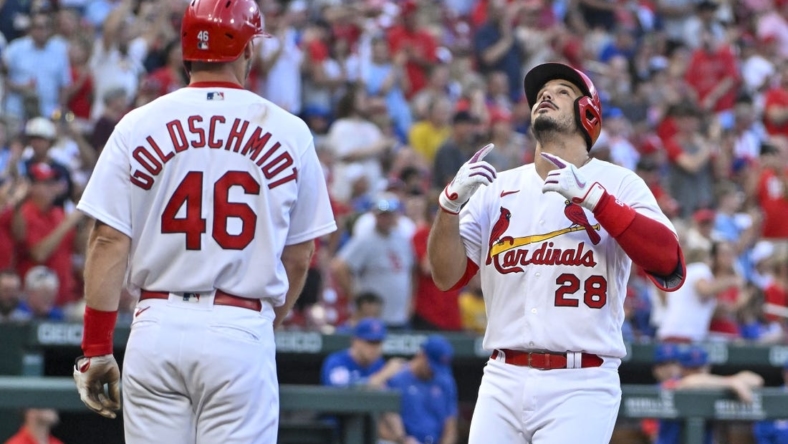 Third baseman Nolan Arenado can leave the Cardinals next month thanks to an opt-out clause in his contract, but the team is working to keep the seven-time All-Star in St. Louis.

MLB Network reported Arenado and president of baseball operations John Mozeliak met this week to discuss terms of the existing deal for the 31-year-old, who won the Gold Glove at his position each of his first nine seasons and is a favorite for another for 2022.

Arenado is owed $35 million for the 2023 season and has five years remaining on the eight-year, $260 million he signed with the Colorado Rockies.

This is the final of two player opt-out windows in the deal. Arenado passed on the option last winter, which triggered a $20 million payment from the Rockies over the next four years.

Arenado has a full no-trade clause and along with first baseman Paul Goldschmidt is likely to be in the top five of the National League Most Valuable Player voting.

Goldschmidt, 35, has two years remaining at $26 million apiece on his five-year, $130 million contract.