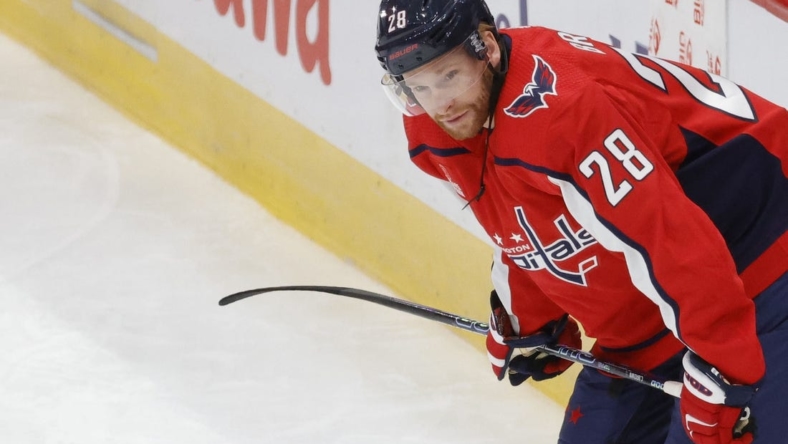 Washington Capitals forward Connor Brown will be sidelined six to eight months after reconstructive knee surgery on his torn ACL.

Brown suffered the injury Oct. 17 against the Vancouver Canucks and was placed on injured reserve two days later. The team did not say when he had the surgery.

Brown, 28, was injured after taking a hit from Canucks defenseman Noah Juulsen along the boards. Brown headed straight to the dressing room limping and favoring his right leg.

Brown is in his first season with the Capitals, who acquired him from the Ottawa Senators in July for a second-round pick in the 2024 draft. Brown had 10 goals and 39 points in 64 games for Ottawa last season.

The Capitals are already playing without forwards Tom Wilson (knee) and Nicklas Backstrom (hip), who are also on IR. Forward Carl Hagelin (hip) is also out indefinitely.