Capitals vie for third straight win in tilt at Dallas 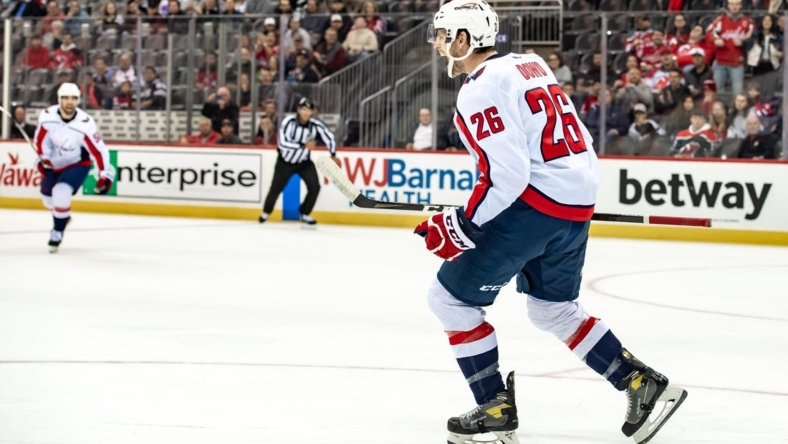 The Dallas Stars open a three-game homestand when they host the Washington Capitals on Thursday night.

Dallas looks to rebound after losing back-to-back games Monday at Ottawa and Tuesday at Boston to complete a 1-2-1 road trip.

“From a points perspective, we wanted more,” Stars coach Peter DeBoer said. “But when you look at the bit picture, we’ve played seven games, five on the road, not an easy task, and we’ve had a good start to the season. We’re building every day here. It’s not perfect, but we’re building.”

The Bruins got a goal that deflected in off the leg of defenseman Ryan Suter in the second period and iced it with an empty-netter on Tuesday.

Wyatt Johnston scored his third goal of the season for the Stars and Jake Oettinger made 26 saves.

Johnston, 19, scored for the second straight game. As he makes his case for staying in the NHL, he became the third teenager with a multi-game goal streak for the Stars since they relocated to Dallas for the 1993-94 season.

The Stars were without Miro Heiskanen, who was injured against the Senators. DeBoer said Wednesday the top-pair defenseman is day-to-day with an upper-body injury.

The Capitals, looking for their third straight win, are scoring goals in bunches despite being undermanned. For the third time in four games, Washington scored four goals in a single period in a 6-3 win at the New Jersey Devils on Monday night.

Superstar captain Alex Ovechkin scored his third goal of the season, but Washington continues to get depth scoring as well. Fourth-line center Nic Dowd notched his third goal in seven games. Last season it took him 16 games to get three.

“It’s kind of a snowball effect,” said Sheary, who leads the team with four goals. “We are getting (scoring) all throughout our lineup. Our top line and our power play is scoring. Our fourth line is scoring. Whenever you get secondary scoring, it is always going to help you win.”

Ovechkin scored his 397th road goal and is six shy of passing Wayne Gretzky (402) for the most in NHL history.

After a rocky start (0-for-9), Washington’s power play has produced six goals in the past five games, thanks in part to the play of forward Marcus Johansson, who has two goals and three assists overall.

“I would say our start to the season wasn’t good, going (0-2-0), but right now we’ve kind of battled through some injuries,” Ovechkin said. “The most important thing for us right now is collecting points, trying to play smart and simple.”

Capitals goalie Darcy Kuemper is 9-5-3 with a 2.78 goals-against average (GAA) and .915 save percentage in 17 games against the Stars.

Washington defenseman John Carlson needs one point to reach 600 for his career.