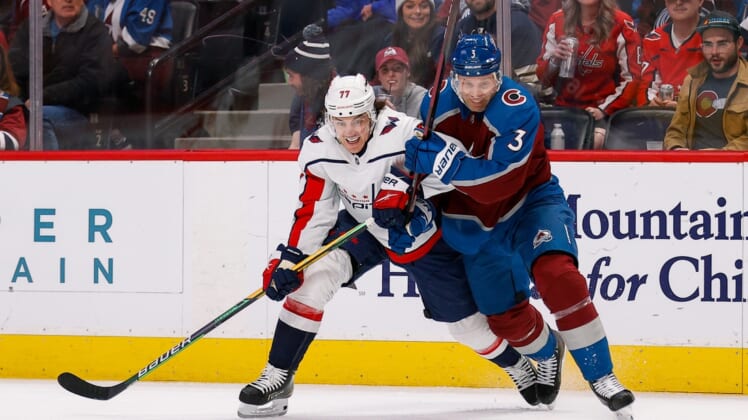 Conor Sheary stole the puck in the Colorado zone and passed across the slot to Johansson, who scored on a one-timer from the bottom of the right circle.

Ovechkin, who has six goals in his past seven games, needs two more for his ninth 50-goal season, which would tie Wayne Gretzky and Mike Bossy for the NHL record.

The Avalanche had tied the game 2-2 at 8:13 of the third period when Artturi Lehkonen jammed home a puck in the crease. Washington challenged the play for goaltender interference saying the puck was under Samsonov’s pad and the pad was pushed in, but the call on the ice was upheld.

Garnet Hathaway gave the Capitals a 1-0 lead at 4:02 of the first period when he poked the puck past Jack Johnson and beat Kuemper glove side from the left circle.

Valeri Nichushkin tied it 1-1 at 17:05, ripping a wrist shot off the far post and in from the left circle for his 22nd goal of the season.

The Capitals took a 2-1 lead at 13:27 of the second period when John Carlson’s shot caromed off the end boards to Evgeny Kuznetsov, who slid the puck across the crease to Ovechkin for the tap-in.

The Avalanche, who have clinched the top seed in the Western Conference, rested top-pair defenseman Devon Toews and forward Andrew Cogliano.