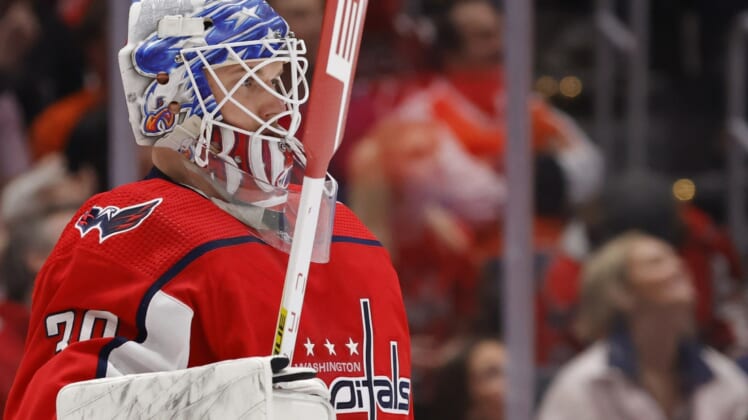 The Washington Capitals confirmed that forward Tom Wilson will miss his second straight contest and Ilya Samsonov will start in goal for Game 3 Saturday afternoon against the visiting Florida Panthers.

Wilson is considered day-to-day after suffering a lower-body injury on Tuesday during Washington’s 4-2 win in Game 1 of the first round of the Eastern Conference playoffs.

Samsonov relieved starter Vitek Vanecek in the third period of the Capitals’ 5-1 loss in Game 2 on Thursday and stopped all 17 shots he faced.