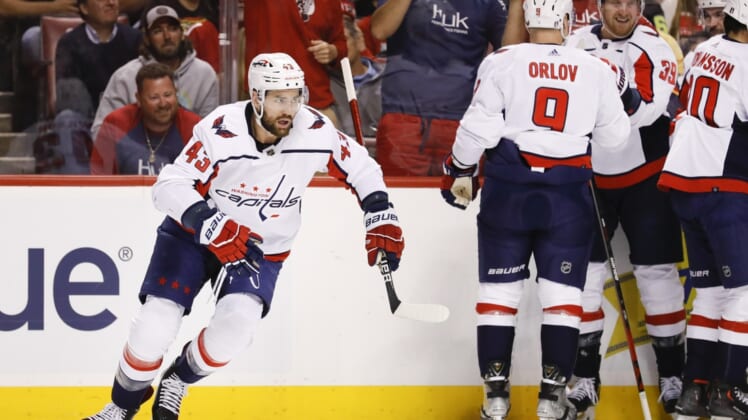 Washington Capitals winger Tom Wilson will be a game-time decision with a lower-body injury for Game 2 on Thursday night against the Florida Panthers, coach Peter Laviolette said Wednesday.

Wilson scored a goal in the first period of Tuesday night’s 4-2 win in the first-round series opener in Sunrise, Fla. He exited the game later in that period after a hit from Panthers defenseman MacKenzie Weegar.

Laviolette said Wilson will receive treatment for the injury on Wednesday.

Wilson, 28, was the Capitals’ fourth-leading scorer during the regular season with 52 points (24 goals, 28 assists).

“You can’t replace Tom, especially in playoffs,” teammate T.J. Oshie told reporters after the game. “He is one of our most important players because of his ability to play physical, his ability to score big goals like he did (in the first period).”