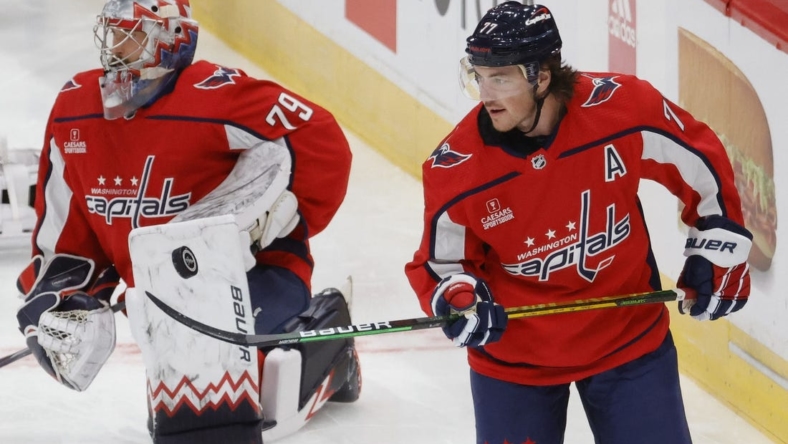 Defenseman John Carlson is considered day-to-day with a lower-body injury and will not play Monday night at Carolina.

Both players were injured during the first period of Saturday’s 3-0 victory at Nashville.

Oshie, 35, has two goals and three assists in five games this season, his eighth with Washington and 15th in the NHL.

Carlson, 32, has two goals and four assists through nine games this season, his 14th with the Capitals.

The Capitals are already playing without forwards Tom Wilson (knee), Nicklas Backstrom (hip) and Connor Brown (lower body), who are all on injured reserve. Forward Carl Hagelin (hip) is also out indefinitely.