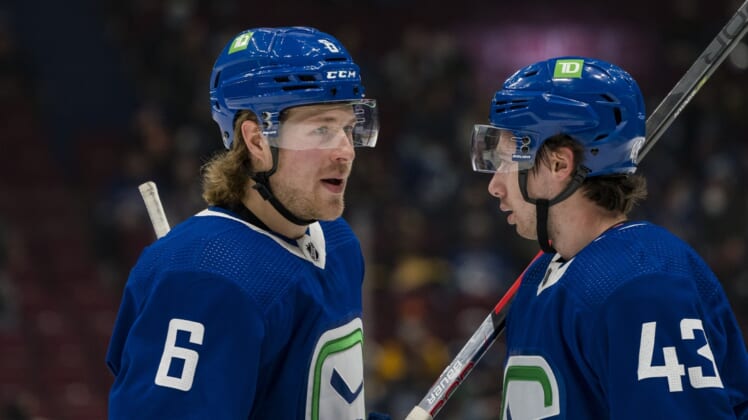 Castonguay, 35, is the second woman in NHL history to hold the title of assistant GM of a team. Angela Gorgone was promoted to assistant general manager of the Mighty Ducks of Anaheim in 1996.

“Émilie has extensive experience, is driven to succeed, and has a strong reputation in hockey for her intelligence and work ethic,” said Jim Rutherford, Vancouver’s president of hockey operations and interim general manager.

“She will play a lead role in player contracts and negotiation, managing the collective bargaining agreement, and her voice will be heard in all aspects of hockey operations. She will be a key member of our leadership team and we are pleased to welcome her to Vancouver.”

Castonguay played four years of hockey at Niagara University (2005-09) and earned a law degree from Université de Montréal in 2012.

She later joined Momentum Hockey, with which she became the first female NHLPA Certified Agent in Canada in 2016. She represented Alexis Lafreniere, who was selected by the New York Rangers with the top overall pick in the 2020 NHL Entry Draft.

“It is an honor to join the Vancouver Canucks and I am grateful to Jim and the Aquilini family for the opportunity,” Castonguay said. “The Canucks have a passionate fan base and an exciting young team with a bright future. I can’t wait to help build a winning organization that continues to grow and challenges for championships.”