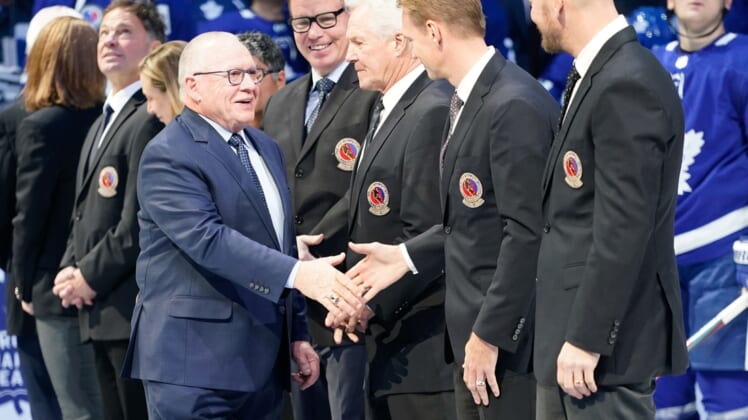 Rutherford, 72, also will serve as interim general manager and lead the search for a permanent GM.

“It is time for a new vision and a new leader who will set a path forward for this team,” team chairman Francesco Aquilini said in a news release. “Jim has tremendous experience building and leading winning organizations and I believe he will help build the Vancouver Canucks into a team that can compete for championships again.”

Rutherford was most recently the GM of the Pittsburgh Penguins, guiding the franchise to Stanley Cup titles in 2016 and 2017 during a 6 1/2-year run. He resigned in January, citing personal reasons.

Rutherford also won the Stanley Cup as GM of the Carolina Hurricanes in 2006. He was named to the Hockey Hall of Fame in 2019.

“It is an honor to join the Vancouver Canucks and to lead an NHL team in Canada,” Rutherford said in the news release. “I would like to thank Francesco and the Aquilini family for the opportunity. The Canucks have an exciting young group of players, and I look forward to building a plan that will take this team to the next level and excite Canucks fans everywhere.”

Vancouver has a 10-15-2 record entering Friday’s home game against the Winnipeg Jets. The Canucks are 4-1-0 over their past five games.

Rutherford played 13 seasons (1970-83) in the NHL as a goaltender, with the majority of his career spent with the Detroit Red Wings.