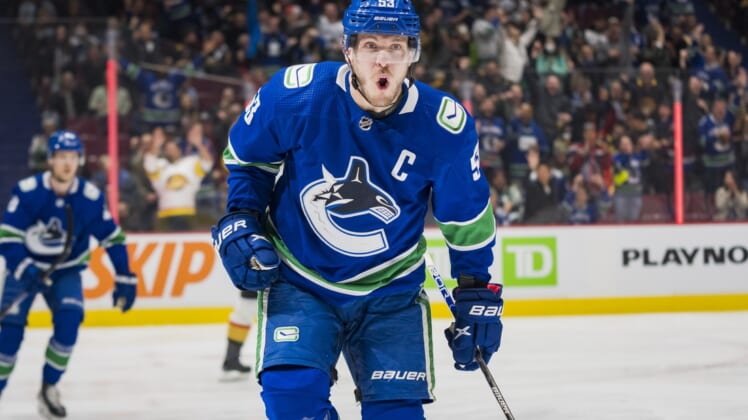 Horvat blocked a shot with his foot during Thursday’s 7-1 win over the Arizona Coyotes and was later seen limping in the tunnel.

With the club saying Horvat will be re-evaluated in two weeks, it is possible he is done for the season. Vancouver’s regular-season finale is April 29 against the Edmonton Oilers.

Despite five straight victories, the Canucks (37-28-10, 84 points) are currently on the outside of the Western Conference wild-card race. The Nashville Predators and Dallas Stars owned the two spots entering Friday’s play with 89 points, while the Vegas Golden Knights (87), the Canucks and the Winnipeg Jets (81) are still in the mix.

The 27-year-old Horvat leads the Canucks with a career-best 31 goals. The center also has 21 assists while playing in 70 games.

Also, winger Nils Hoglander underwent surgery to repair what the team termed a “core muscle/groin injury.” Hoglander won’t play again this season and the club didn’t reveal a timeline for his recovery.