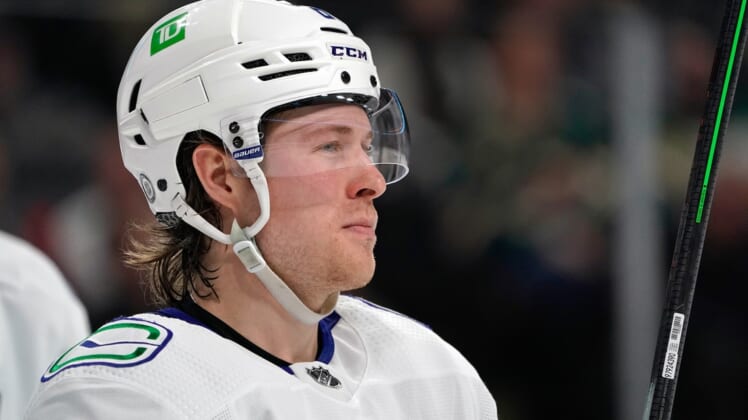 Vancouver Canucks forward Brock Boeser is out indefinitely with an upper-body injury, the team announced Tuesday.

Boeser sustained the injury after being unintentionally hit by teammate Elias Pettersson during the latter’s check on Ben Hutton in the second period of Vancouver’s 3-2 overtime loss to the Vegas Golden Knights on Sunday. Boeser, who was holding his right arm after the hit, returned for the third period.