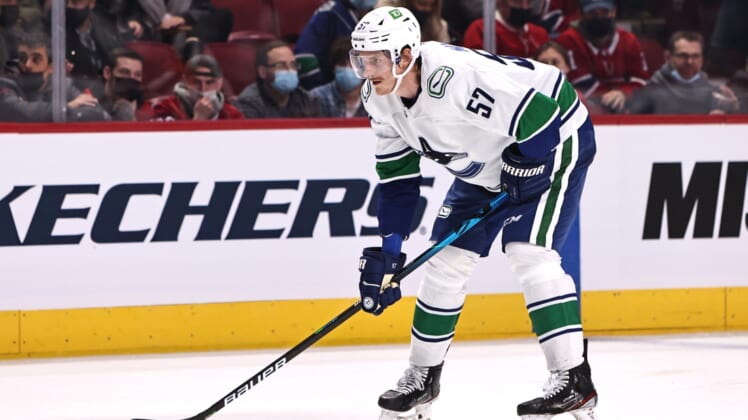 Myers, 31, has registered nine assists and played in all 31 games this season for the Canucks, who have a six-game winning streak.