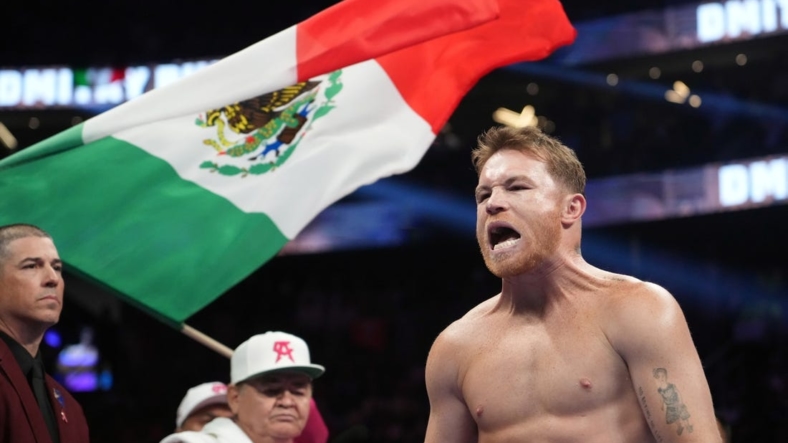 Canelo Alvarez and Gennadiy Golovkin will resume their rivalry with a trilogy fight at T-Mobile Arena in Las Vegas on Saturday.

The first fight ended in a draw. The second one went to Alvarez in a majority decision.

Golovkin, 40, could have won either or both bouts according to many boxing analysts, but can he keep pace four years later with the 32-year-old Alvarez?

Alvarez opened as the -400 favorite at BetMGM and his odds have shortened further to -450. However, Golovkin (+350) has drawn 52 percent of both the winning bets and handle.

Golovkin is a bigger underdog at DraftKings, where he is +360 to upset the heavily-favored Alvarez (-550).

Alvarez was beaten handily in his last fight in May by Dmitry Bivol, who handed the Mexican his first defeat since 2013, when he lost to Floyd Mayweather Jr.

Golovkin (42-1-1, 37 KOs) is coming off an April fight that resulted in a ninth-round TKO against Ryota Murata. He has won his past four fights.

The first two Alvarez-Golvkin fights were contested at 160 pounds. The third will be at 168, with Alvarez’s undisputed super middleweight title on the line.

Alvarez has scored three consecutive stoppages at 168 pounds, and is 17-2-1 in world title fights.

Meanwhile, Golovkin has knockout victories in his past two fights (Murata and Kamil Szeremeta) and is 17-1-1 in championship fights. However, he has fought only four times since suffering his lone career loss to Alvarez.

“We had two great fights, and we shook hands,” Golovkin said through an interpreter. “But we still have business.”

The two experienced fighters have gone 24 rounds over their previous two bouts with neither standing out as clearly superior to the other.

“I have a lot of motivation for this fight, but I’m hungry in every fight,” Alvarez said. “I don’t like this guy and what he says about me, so that’s good for my motivation. I’m ready to finish this (rivalry) and prove that I’m the best.”