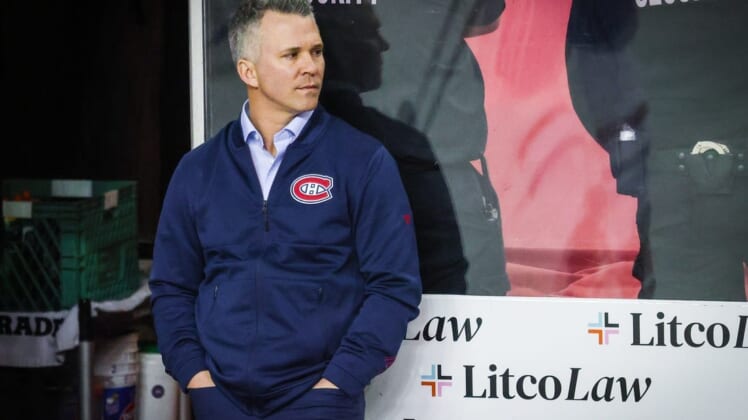 The Canadiens officially removed the interim tag for St. Louis, who signed a three-year contract extension through the 2024-25 season.

“We are happy to officially appoint Martin as head coach of the Montreal Canadiens,” general manager Kent Hughes said. “Martin is a proven leader, a great communicator with a deep understanding of and passion for the game of hockey. His arrival brought a renewed energy to our group, and we look forward to him returning behind the bench to continue guiding our team for the foreseeable future.”

St. Louis posted a 14-19-4 record after replacing Dominique Ducharme as the team’s coach in February.

“During his short stint behind the bench last season, Martin showed he has the required qualities to lead the Canadiens in the right direction,” vice president of hockey operations Jeff Gorton said. “Despite difficult circumstances when he took over, he was able to bring a breath of fresh air to the locker room and the players benefited from it as much individually as they did collectively. Martin thinks the game at a high level, and we believe that he is the right person for this job.”

Montreal, which advanced to the Stanley Cup Final last season, has nowhere to go but up after posting an NHL-worst 22-49-11 record in 2021-22. The Canadiens, however, won the NHL Draft Lottery on May 10 and will have the top overall pick in next month’s draft.

St. Louis, 46, recorded 391 goals and 642 assists over a 16-year career with the Calgary Flames, Tampa Bay Lightning and New York Rangers. The Quebec native also won the Stanley Cup in 2004 with the Lightning and was inducted into the Hockey Hall of Fame in 2018.