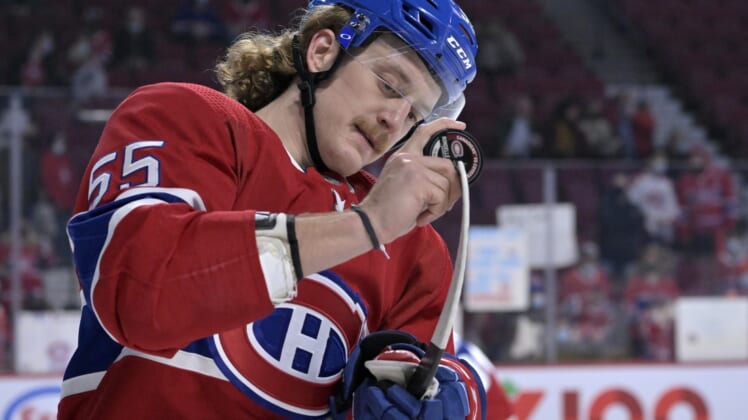 The play occurred Saturday during the third period of Washington’s 8-4 victory in Montreal. Oshie reached a loose puck, and after he completed a breakout pass, Pezzetta skated through and his shoulder made contact with Oshie’s head. Pezzetta was called for a two-minute penalty at the time.

The NHL Department of Player Safety ruled that Oshie’s head was the main point of contact and the hit was avoidable, leading to the first suspension of Pezzetta’s career.

In his rookie NHL campaign, Pezzetta has tallied five goals and three assists for Montreal in 47 games.