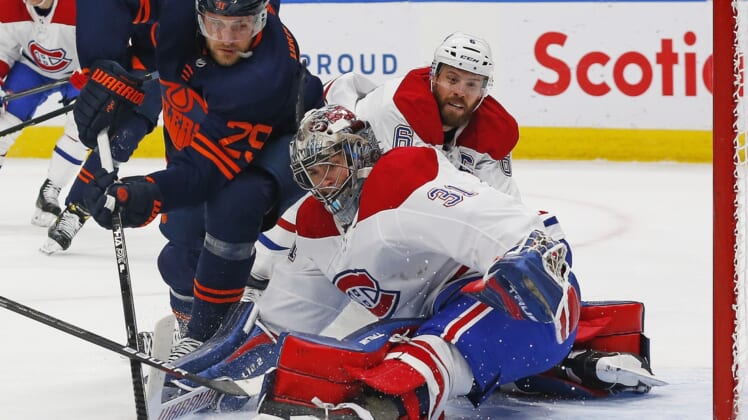 Montreal goaltender Carey Price sustained an upper-body injury in the first period of the Canadiens’ Monday road game against the Edmonton Oilers, and he didn’t return to the ice for the second period.

After the game, Canadiens coach Dominique Ducharme said Price was hurt on a collision with Alex Chiasson at 12:01 of the opening period. A would-be goal from Connor McDavid was called back on video review due to goaltender interference, as Chiasson made contact with Price in the crease.

No other details about the injury or the timetable for Price’s return were known.

Price was playing in his second game since a six-game absence caused by a lower-body injury. In his first outing, Price allowed three goals on 14 shots in a 4-0 loss to the visiting Ottawa Senators on Saturday.

Price saved all seven Oilers shots faced in the opening frame on Monday.

Jake Allen replaced Price in net, and he wound up taking the loss as Montreal fell 4-1.