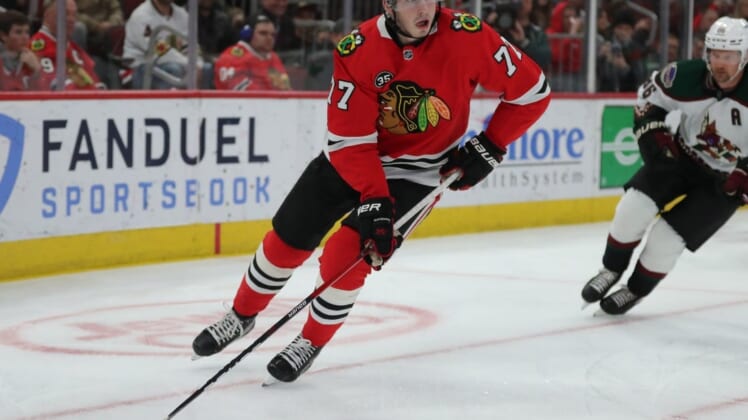 Moments after they used the first overall pick in the NHL draft on forward Juraj Slafkovsky, the Montreal Canadiens made a pair of trades Thursday to land center Kirby Dach from the Chicago Blackhawks.

The Canadiens dealt their 2022 fourth-round pick and defenseman Alexander Romanov to the New York Islanders in exchange for the 13th overall pick. They then packaged that pick with a third-rounder to send to Chicago to land Dach.

The Blackhawks parted with Dach — the third overall pick in the 2019 draft — hours after trading forward Alex DeBrincat to the Ottawa Senators for three picks.

Romanov, 22, heads to the Islanders after spending the first two seasons of his NHL career with Montreal. He appeared in 133 games and tallied four goals and 15 assists in that time.