Can the New York Jets win out and make the NFL Playoffs? 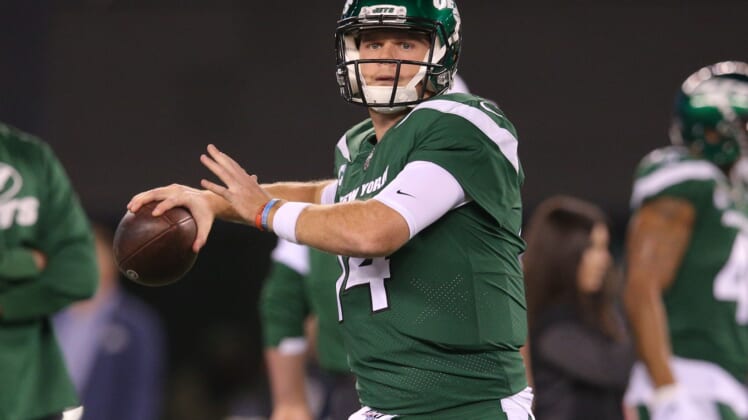 The New York Jets have won three games in a row. Fans are excited after witnessing the dramatic turnaround. But could the Jets really make the NFL Playoffs?

The big picture: The Jets’ stunning win over the Oakland Raiders Sunday saw the team play its best ball of the season. With the win, New York improved to 4-7 on the season, and can potentially get into the NFL Playoffs if they win out.

The schedule is rough: Though the next two games appear to be extremely winnable for the Jets, the team’s final stretch will be very tough.

Assuming the Jets do beat the Bengals and Dolphins — no sure thing, given that Miami won its first game of the season against New York — this is a team that has to beat two very strong AFC contenders in Baltimore and Buffalo just to have a shot at sneaking into the NFL Playoffs in back-door fashion.

The Steelers are also a formidable team, if only due to their extraordinary defense.

Why the Jets could get in: Taking a look at what has been working well during the team’s three-game winning streak, there’s a lot to like about the Jets.

Sam Darnold has been on fire. He’s certainly well past any lingering effects having mononucleosis took on his body. And the results speak for themselves.

Should the second-year signal caller continue to smoke opposing defenses like he has recently, the Jets will absolutely have a shot to run the table. But it’s going to take an extraordinary effort from New York’s defense, too.

Thankfully, the Jets have improved on that side of the ball as well. During the team’s winning streak, New York’s defense has improved weekly, with Sunday’s remarkable three-point shutdown against Oakland being its crowning achievement so far this year.

Why the Jets will not get in: Taking a look at what’s in front of this team, it feels overly optimistic to assume the positive trends will continue.

The Bills and Steelers feature top-10 NFL defenses, and the Ravens’ offense is the league’s most dynamic. Winning even one of the three games against these teams seems like a best-case scenario for the Jets in 2019.

Does the franchise have the pieces in place to get to the NFL Playoffs next year, and beyond? Perhaps. But it’s far more likely this recent success will not translate to a legendary turnaround.