Cameron Norrie through, Andy Murray out at Wimbledon 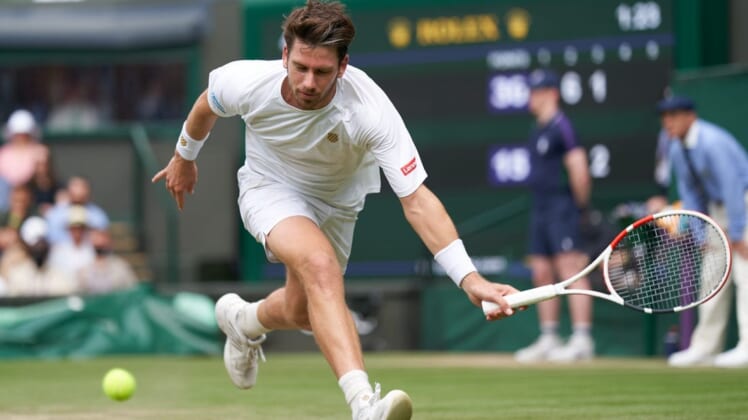 Great Britain won one and lost one in men’s singles action during the second round on Wednesday at Wimbledon.

Ninth-seeded Cameron Norrie put together a furious rally to advance to the third round while all-time favorite Andy Murray was ousted by big-hitting John Isner.

In other notable action, top-seeded Novak Djokovic of Serbia and No. 5 Carlos Alcarez of Spain cruised in straight sets. However, No. 3 seed Casper Ruud of Norway was upset by France’s Ugo Humbert.

Norrie stared down 10 aces from Munar to pull out the win, despite 42 unforced errors. Norrie was able to break Munar nine times while staving off eight break points of his own.

“Jaume put the ball in so many awkward parts of the court,” Norrie said. “I battled as hard as I could; I wasn’t playing my best and I managed to lock it in in the fourth and keep the momentum in the fifth.

“That match was exactly what I needed: I got a lot of rhythm out there.”

Norrie is now the only top-20 player left in his quarter of the draw. He will play unseeded American Steve Johnson in the third round.

Murray had no such luck against the big serve of Isner, who defeated Murray for the first time in nine tries.

“Look, it’s no secret that I am most definitely not a better tennis player than Andy Murray,” Isner said afterward. “I might have just been a little bit better than him today. It was an incredible honor to play him today on this court in front of this crowd.

“To play as well as I did against one of our greatest players ever – Andy Murray – was a huge accomplishment for me,” he added.

Humbert rallied from a set down to topple Ruud 3-6, 6-2, 7-5, 6-4. Humbert draws fellow unseeded player David Goffin of Belgium in the third round.

In other seeded action, Tim van Rijthoven of the Netherlands stunned No. 15 Reilly Opelka in four sets, No. 22 Nikoloz Basilashvili of Georgia got through in four sets, No. 23 Frances Tiafoe advanced in just one hour, 36 minutes, No. 25 Miomir Kecmanovic of Serbia won in four sets, and No. 30 Tommy Paul won in straight sets over Adrian Mannarino.

No. 32 Oscar Otte of Germany won when Christian Harrison retired after 15 minutes. Otte was leading 3-1.