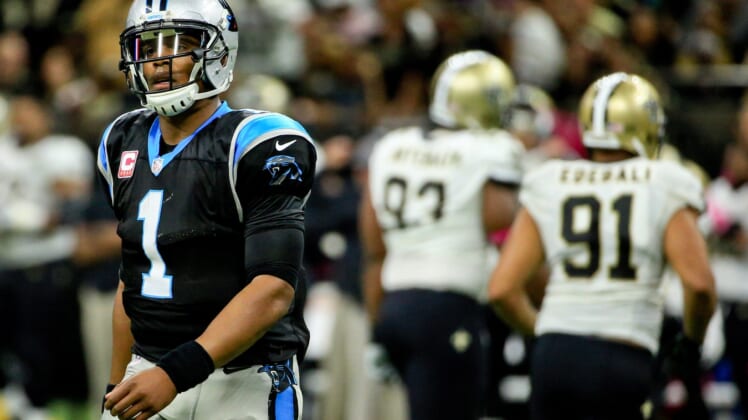 Cam Newton and his Carolina Panthers head into Week 15 with a 6-7 mark and having lost their past five games. Still very much alive in the NFC Playoff race, two of Carolina’s final three games come against the first-place New Orleans Saints.

This is the very same Saints team that defeated Super Cam and Co. three times last season. After their loss to the Saints in last season’s playoffs, an unnamed individual sent Newton a broom — representing the three-game sweep at the hands of New Orleans.

Newton now hangs said broom in the Panthers’ locker room as motivation to defeat Drew Brees and the Saints this coming Monday night.

“I didn’t take the packing off,” Newton said on Thursday, via ESPN. “I’m going to resend it to the sender if everything gets taken care of the way we know we can do it.”

Well, Newton might want to take the packing off and forget about sending the broom back. As mentioned above, Carolina has lost five consecutive games. For their part, the Saints head into Week 15 with a stellar 11-2 record.

Even then, the level of disrespect Newton felt after being sent the broom continues to motivate him.

“Look,” Newton said. “We all know what the Saints used to be. Let’s not forget the real history. They got the juice. At the end of the day we’re coming Monday with a cup for our own, too.”

The good news here is that Carolina is just a half game behind Minnesota for the sixth and final NFC Playoff spot. The bad news? It needs to win out and get some help in order to be playing postseason football.