Cam Newton to play in Week 1 of preseason 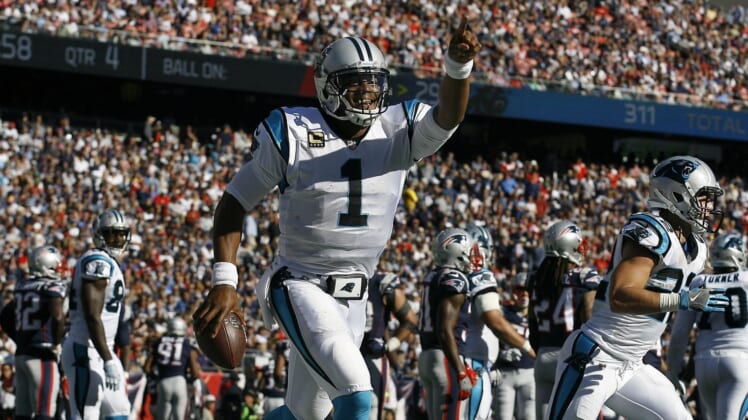 Cam Newton has been skipping a few workouts early in training camp as a precautionary measure to protect his surgically repaired throwing shoulder.

However, Carolina Panthers head coach Ron Rivera said that Newton, and the other three quarterbacks on the roster, should all play when the team has its first preseason game against the Chicago Bears on Thursday.

David Newton of ESPN shared this news, noting it’s a “good sign on how Newton has progressed from January surgery.”

Though, not everyone who covers the team believes Newton will actually play in the coming preseason game.

It’s going to be interesting to see just how much preseason work Newton is allowed to get in. Balancing the need to establish chemistry and rhythm, and the need to take a cautious approach with the team’s biggest star, certainly won’t be easy.