A reunion between Cam Newton and the Carolina Panthers could be a reality.

According to the Charlotte Observer, the 32-year-old Newton and officials from the Panthers were scheduled to huddle to discuss a contract. Newton is a free agent and has remained unsigned since the New England Patriots released him before the start of the regular season.

The Observer reported Panthers head coach Matt Rhule, owner David Tepper and Steven Drummond, the vice president of football operations, would be in attendance at the Thursday meeting.

Newton starred for the Panthers for nine seasons and was the No. 1 overall draft pick in 2011. He was NFL MVP in 2015 and led the Panthers to Super Bowl 50 that season, a loss to Peyton Manning and the Denver Broncos. 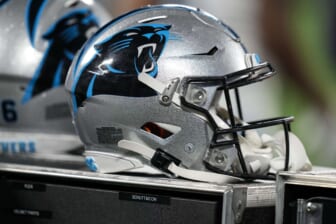 Newton spent last season with the Patriots after being released by the Panthers prior to the 2020 NFL Draft.

Carolina is planning to start untested PJ Walker at quarterback with starter Sam Darnold (shoulder) possibly out for more than one month.

Darnold became the starting quarterback in the offseason when the Panthers acquired him from the New York Jets.