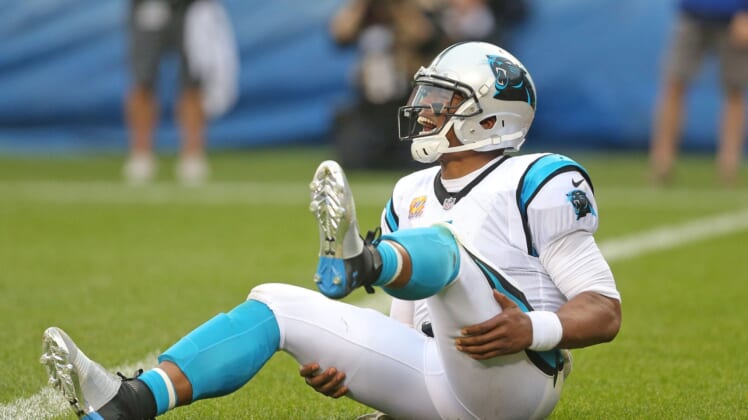 Carolina released its first injury report of the week. Interestingly enough, it did not include Newton after he suffered a foot injury during the preseason.

Remember, that came in Newton’s first game back since the quarterback underwent off-season shoulder surgery.

For his part, the reigning NFL MVP said during his weekly press conference that he’s ready to roll.

This certainly is great news for the Panthers as they enter the 2019 season with renewed expectations.

Even then, the team must do a better job of protecting Newton in the backfield. That starts Sunday against two-time reigning NFL Defensive Player of the Year Aaron Donald and his Rams.