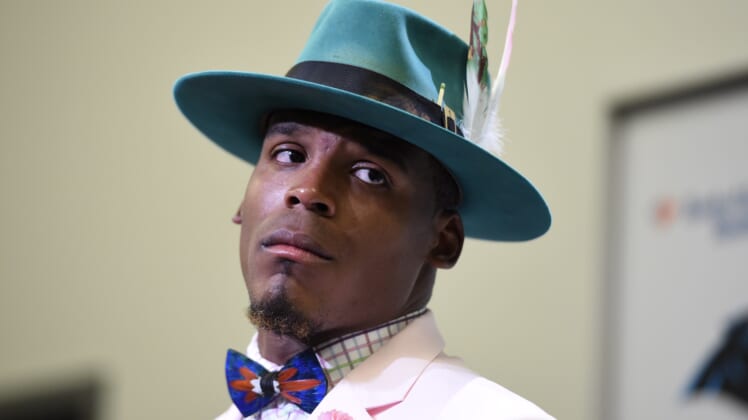 As Carolina Panthers quarterback Cam Newton recovers from the second surgery on his throwing shoulder in less than two years, he has yet to begin throwing.

Based on what head coach Ron Rivera said on Wednesday, he might not be throwing for quite some time still.

ESPN’s David Newton wrote that Rivera shared “there remains no timetable for when quarterback Cam Newton will throw. He remains optimistic the 2015 NFL MVP will ready for the season and take a big step forward in his second season under offensive coordinator Norv Turner.”

It sure seems like we’re seeing the Andrew Luck situation play out all over again. Remember, Luck’s recovery last season from his surgery seemed to take forever, and many were pessimistic about his ability to return to form. Obviously those concerns were unfounded in the end. Yet it’s impossible to discount that Newton’s return is taking longer than originally anticipated.

Carolina has hinted in the recent past that holding Newton out for a season wasn’t off the table if that is what it took to get him right for the long term. It sounds like he’ll be able to play this year, yet if his recovery ends up extending well into training camp (or beyond) then it’ll be fascinating to see if rookie Will Grier ends up under center come Week 1.