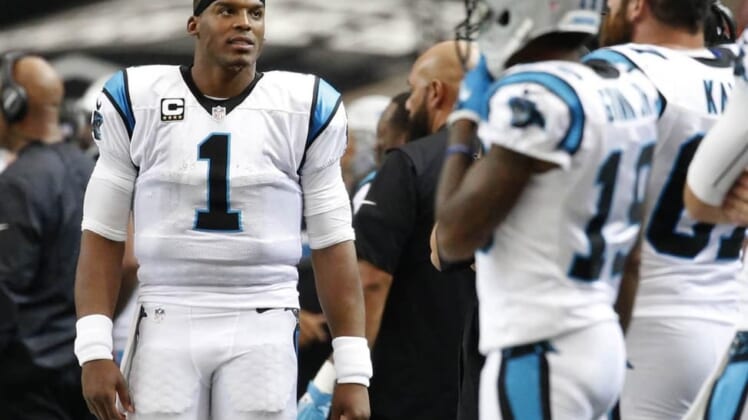 While it’s not time to press the panic button, it’s safe to say that the Carolina Panthers have some reason to be at least a bit concerned about Cam Newton.

On Monday, Newton left practice with a sore shoulder. It was largely seen as a precautionary measure. But nearly a week later, David Newton of ESPN reported that the Carolina quarterback “left the practice field before stretching on a golf cart. He was smiling so not sure what is up. He hasn’t thrown since last Sunday.”

At this point, it still could be nothing more than continued caution. Newton did have offseason surgery, and there’s really no need to rush him back into action while we’re still in the relatively early stages of training camp.

On the other hand, we’re talking about the most basic thing that a quarterback needs to do — throw the ball. The fact that Newton has not done that in more than a week is alarming.

If nothing else, it makes you wonder how the shoulder will hold up when Newton gets into actual action. How will Newton’s shoulder hold up when he’s tackled? Only time will tell. But the fact that it’s acting up during the early portion of camp does create genuine reason for concern.