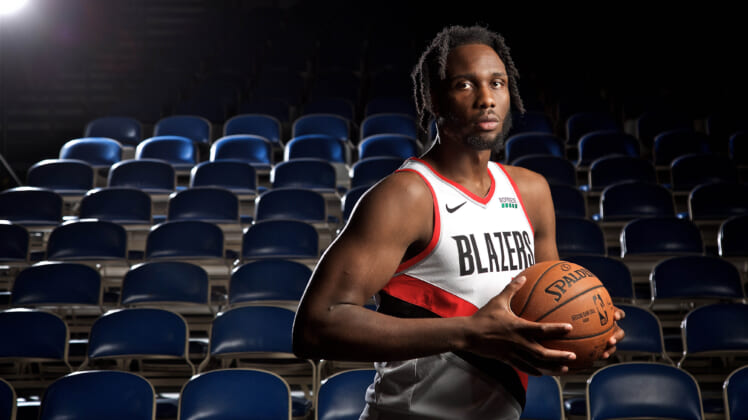 Caleb Swanigan, the former NBA player who last took the court in 2020, has died at the age of 25 of natural causes.

The cause of death was determined by the Allen County Coroner’s office, per FOX 59. Swanigan’s tragic death comes just two months after he celebrated his 25th birthday.

Swanigan, an Indiana native, jumped onto the basketball radar as a McDonald’s All-American and Indiana’s Mr. Basketball in 2015. He rode that success to a scholarship with the Purdue Boilermakers, with the 6-foot-9 forward becoming a standout on the team.

In his sophomore season at Purdue, Swanigan averaged 18.5 points, 12.5 rebounds and 3.1 assists per game during the 2016-’17 season. He turned that success into being selected with the 26th overall pick in the 2017 NBA Draft.

On Tuesday, Purdue Men’s Basketball confirmed Swanigan’s passing in his hometown of Fort Wayne, Indiana and offered its condolences to his friends and family.

Swanigan spent three seasons in the NBA, splitting time with the Portland Trail Blazers and Sacramento Kings. Coming off the bench, he shot 43.8% from the field during his NBA career across 75 games. The best game in his career happened on Oct. 29, 2018, when he recorded 11 points and 10 rebounds in 18 minutes. Fittingly, his double-double happened in a return home against the Indiana Pacers.

Sportsnaut extends its condolences to the friends and family of Caleb Swanigan.