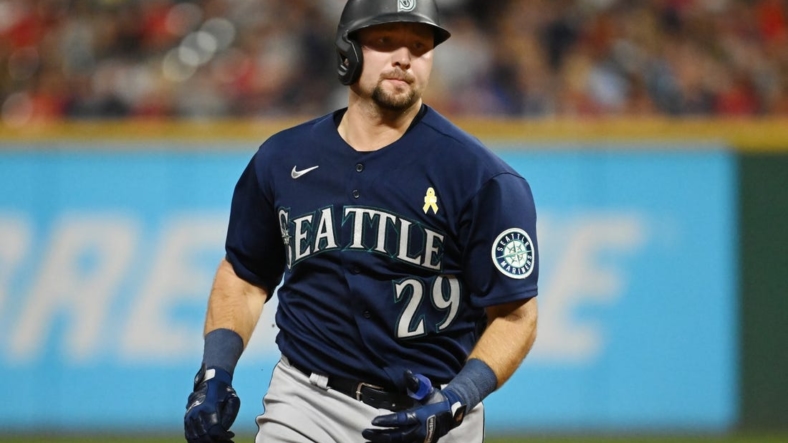 Cal Raleigh homered twice and drove in four runs to help the visiting Seattle Mariners to a 6-1 win against the Cleveland Guardians in the opener of their three-game series on Friday night.

Mitch Haniger had two doubles and the other two RBIs for the Mariners, who have won five in a row.

Seattle starter Luis Castillo (6-5) allowed five hits in six shutout innings. He struck out four and walked one while improving to 2-1 with a 2.39 ERA in six starts since he was acquired from the Cincinnati Reds.

Zach Plesac was scheduled to start on the mound for Cleveland, but was scratched a couple hours before the game because of a fractured right hand.

Josh Naylor and Oscar Gonzalez had two hits apiece for the Guardians, who have lost three in a row and four of five.

Julio Rodriguez led off the game with a single. After getting a popout, Morris left another two-strike pitch over the middle of the plate and Haniger doubled into the left-center field gap for a 1-0 lead.

Morris stranded runners on first and third, but needed 31 pitches to get through the first inning.

The first two batters for Seattle in the second inning hit the first pitch off Morris. Adam Frazier flew out to right, but Raleigh’s went over the right-field fence for a 2-0 lead.

A two-out fielding error by shortstop Amed Rosario kept the inning alive and, following a walk to Ty France, Haniger delivered another RBI double to make it 3-0.

The Mariners were quiet until the sixth, when they put their first two runners on base and Raleigh cleared the fence with his second homer of the game and 21st of the season to stretch the lead to 6-0.

Diego Castillo relieved Luis Castillo to start the seventh and he gave up a leadoff double to Richie Palacios, who scored on a throwing error by Rodriguez in center on a one-out single by Will Benson to make it 6-1.